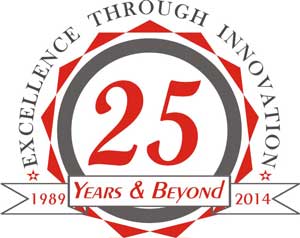 Annealing:
Annealing is a process of softening of metals so that it may more easily machined or cold worked, relieving the internal stresses or improving electrical properties. It is a process of heating & holding the component at a desired temperature followed by appropriate cooling rate. The process parameter varies depending upon material, its composition, required properties & surface quality after processing. To achieve the required operational results, annealing is classified in various categories depending upon the temperature range of steel & method of cooling to be followed. Commonly used annealing practises are as under:

Austempering / Bainite Hardening
Austempering is a process of cooling the austenitised steel (after heating & soaking) in molten salt bath held at some constant temperature above the temperature at which martensite transformation would start. The steel is held for a sufficient time period for completion of bainitic transformation and cooled at room temperature.

The suitability of steel for Austempering process depends upon various factors which need to be considered. These governing factors are:

The most important advantage of Austempering is that it produces structures & properties very much similar to tempered martensites without involving in martensitic transformation with higher dimensional stability.

Brazing
Brazing is a process of joining two or more parts of an assembly where filler metal or alloy in its molten state interacts with the base metal to form a strong, sealed joint. The melting temperature of the filler metal is lower than the melting temperature of the materials being joined. The molten filler metal is distributed between two or more close-fitting parts by capillary action. The brazed joint becomes a sandwich of different layers, each metallurgically linked to the adjacent layers.

In a brazing furnace, the parts to be brazed are assembled & preplaced with the filler metal which is in the form of wire, strip, ring or foil. The furnace is designed for protective atmospheres to eliminate the need of flux with filler metal to avoid oxide films. The type of atmosphere depends on the filler metal and the material being brazed. Common atmospheres used include hydrogen based and vacuum. In a hydrogen atmosphere, the gas cleans braze components and eliminates the need for flux. It is often mixed with inert gasses such as nitrogen, argon, or helium to lower the overall percentage of hydrogen in the furnace atmosphere.

Common brazements are about 1⁄3 as strong as the parent materials due either to the inherent lower yield strength of the braze alloy or to the low fracture toughness of intermetallic components. To create high-strength brazes, a brazement can be annealed to homogenize the grain structure and composition (by diffusion) with that of the parent material . On the other hand, brazed joints in automotive sheet metal are considerably stronger than the surrounding native sheet steel.

Bright Annealing
An annealing process that is carried out in a controlled atmosphere furnace in order that oxidation is reduced to a minimum and the surface remains relatively bright. The process can be used on stainless steel, cobalt, chrome, high temperature alloys and titanium.

Carbonitriding
Carbonitriding is a process in which both carbon & nitrogen are diffused together in the surface of steel. The source of carbon may be Methane, Propane etc. added with ammonia which decomposes and steel absorb the atomic nitrogen. The combined effect of these two diffusions results in higher hardenability on surface of nitride cases. The process is performed with in the temperature range 750°C – 850°C, lower than the carburizing temperature & higher than the nitriding temperature.

Carburising
Carburising is process of increasing the carbon content on the surface of steel. It consists of heating the steel in the austenitic region in contact with carburising medium, holding at this temperature for a sufficient period followed by quenching to bring the carbon in martensitic form.

In austenitic region solubility of carbon is more and hence carbon from the medium diffuses in to the steel. High carbon content on surface does not mean high hardness of the surface, until the carbon is in the martensite form. Therefore quenching is followed soon after carburising to increase the fatigue life, toughness in addition to hardness and wear resistance property in the case.

Depending upon medium used, the process is classified as Pack (solid or box) carburising, Liquid carburising (Liquid salt bath), Gas carburising. Carbon medium generally used for gaseous atmosphere are Methane, Ethane, Propane, LPG etc. To maintain a constant and uniform rate of carbon diffusion, gas consumption is controlled along with proper circulation of gas in the furnace chamber. The process is carried out at temperature ranging 900°C – 925°C and endo gas is introduced which act as carrier gas along with propane or LPG which decomposes and the carbon diffuses in to the surface of steel.

Case Hardening
Case hardening is a term defining the various processes that changes the composition at the surface of steel by diffusion of carbon, nitrogen or both on its surface. The process applicable on steel enhances the surface properties like hardness, fatigue, toughness, wear resistance etc. The processes for case hardening are Carburising, Nitriding, Carbonitriding, Cyaniding. The case depth depends upon the process parameters like cycle time, temperature range, carbon & nitrogen potentials and the material composition.

Cyaniding
Cyaniding is a process of producing hard surfaces by immersing low carbon steel in cyanide bath maintained at 800°C – 850°C. The parts are then quenched in water or oil. The standard bath is generally mixture of sodium chloride, sodium carbonate and sodium cyanide.

This process helps to maintain bright finish of the parts. Due to suspension of part in the bath and uniform heating, helps to avoid distortion very easily. On disadvantage of this process is that, it requires much care and attention in handling the salt because of its poisonous nature.

Hydrogen De-Embrittlement
It is a process to minimise the effect of embrittlement of various metals, most importantly high-tensile steel which becomes brittle and crack. It occurs due to diffusion of atomic hydrogen formed by process like phosphating, pickling, electroplating etc., on the surface of the component at ordinary temperature. To avoid the failure of material due to pressure of molecular hydrogen at defect sites, hydrogen de-embrittlement is performed. Typically the process is carried out at around 210°C and for about 4-5 hours soaking.

A continuous furnace is used for the process in which the steel is first austenitised at temperature 900°C – 920°C. Then transferred in to another furnace working at 650°C & kept for sufficient period of time to allow austenite transformation to pearlite & ferrite, as dictated by the TTT diagram of specific steel grade.

Martempering / Marquenching
Martempering is a heat treatment involving autenitisation followed by step quenching, at a rate fast enough to avoid the formation of ferrite, pearlite or bainite to a temperature slightly above the Ms temperature. Soaking must be long enough to avoid the formation of bainite followed by cooling in air within martensite transformation range and tempering to improve toughness. The advantage of martempering is the reduction of thermal stresses compared to normal quenching. This prevents cracking and minimises distortion.

Martempering is used to produce martensite without developing the high stresses that usually accompany its formation. It is similar to conventional hardening except that distortion is minimized. Nevertheless, the characteristic brittleness of the martensite remains in a gray iron casting after martempering and martempered castings are almost always tempered. The casting is quenched from above the transformation range in a salt, oil, or lead bath, held in the bath at a temperature slightly above the range at which martensite forms (200°C to 260°C for unalloyed irons) Until the casting has reached the bath temperature and then cooled to room temperature.

If a wholly martensitic structure is desired, the casting must be held in the hot quench bath only long enough to permit it to reach the temperature of the bath. Thus, the size and shape of the casting dictate the duration of martempering.

Nitriding
Nitriding is a process of diffusing the nitrogen in to the surface of steel. The process is carried out by heating of steel in the presence of dissociated ammonia at a temperature 460°C – 570°C. The diffused nitrogen combines with iron & certain alloying elements present in steel and form respective nitrides. These nitrides increase the hardness, fatigue, corrosion and wear resistance of steels without increasing the brittleness. Therefore subsequent quenching is not required in this process.

Plain carbon steels are not suitable for nitriding, as they tends to crack & chip during service. In medium carbon and alloy steel with the presence of alloying elements like Al, Cr, Mo, V, W, Mn & Ti in solid solution, nitriding is applied to form respective nitrides.

Normalising
Normalising is a process of heat treating ferrous component at a temperature for homogeneous austenitisation followed by cooling to room temperature in still air. It refines the coarse-grain structure of steel to improve machinability, tensile strength, structure of weld and removes dislocations caused in internal structure steel due to hot working. It removes strains caused by cold working processes making the material brittle & unreliable in cold conditions. The process is performed on castings, forgings of low as well as medium carbon steel parts subjected to relatively high stresses.

Sintering
Sintering is a powder metallurgical process in which components are fabricated by compacting metallic or non-metallic powders. The process involves heating & cooling of parts in controlled atmosphere to impart satisfactory strength & density. During the initial stage of heating the binder compound in powder is burned & flushed, which is commonly termed as pre-heating or delub or dewax stage. On further heating of parts at elevated temperatures the powdered particles forms metallurgical bonds and alloying elements diffuses in to the base matrix. Due to diffusion at high temperatures, there is a decrease in porosity of parts with increase in density, strength & hardness. The process is followed by indirect cooling in controlled atmosphere.

Depending upon process requirements, variety of reducing atmospheres like cracked ammonia or H2 + N2 or H2 are used. The heating cycle depends upon the density of base powder and is different for metal & non-metals alloys. Generally for sintering of ferrous components, Pre Heating at 650°C & Soaking at 1120°C is desired with total time cycle of 50-70 minutes followed by indirect cooling.

Steam Treatment
It is a surface treatment method adopted in manufacturing ferrous sintered parts. It improves wear resistance, hardness, corrosion resistance and compressive strength in the component with blue-black appearance.

The process consists of heat treatment of sintered parts in presence of super heated steam to form an oxide film on the surface and in the interior of sintered parts. The steam reacts with ferrous to form magnetite oxide (Fe3O4) on the surface. The furnace can be batch type for small quantities or continuous type bulk production with temperature ranging between 450°C – 550°C.

Ageing is further adopted to strengthen the alloy. It involves heating & holding the alloy for specified time. During the process the solid solution approaches a more stable condition & the alloy is strengthened. In ageing the decomposition of a supersaturated solid solution involves several stages and is dependent upon the ageing temperature & holding time. Depending upon alloy composition the component is subjected to 150°C – 230°C, dispersed particles of an intermediate phase, which causes strengthening are precipitated at the places where there is an increased concentration of the solute atom.

Tempering
The steel hardened by rapid cooling (due to austenite to martensite transformation) is brittle, hard and contains sever & unequally distributed internal stresses. Tempering is accomplished to obtain desired combination of strength, toughness & to relieve the internal stresses while retaining most of its hardness. It requires controlled reheating of steel to a temperature below its lower critical temperature.

The steel is tempered by heating between the ranges of 150°C-300°C and 470°C-650°C. Tempering in the range of 300°C-470°C is sometimes avoided to reduce temper embrittlement. The steel is held at that temperature until the carbon trapped in the martensite diffuses to produce a chemical composition with the potential to create either bainite or pearlite. Higher the tempering temperature, more is the toughness produced and hardness reduced.